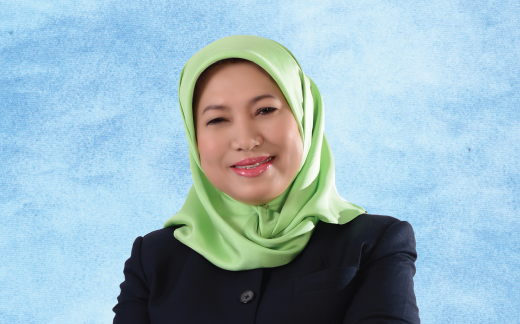 Minister in the Prime Minister's Department, Government of Malaysia

She was born in Kuching to Shukri Mahidi of Malay and Melanau ancestry, and mum Bibi McPherson whose parentage is a mix of Scottish, Iban and Chinese. Nancy is number 10 of six girls and five boys.

She holds a Diploma in Public Administration from ITM, a law degree from University of Hull, England, and an Executive MBA from UiTM/Ohio University. Nancy was in the Legal Division of Kuching North City Hall for almost 12 years followed by five years as a political secretary to then CM Tun Datuk Patinggi Taib Mahmud, who has since 2014 been appointed the Governor.

An interview with the The Honorable Dato’ Sri Nancy Shukri, the Malaysian minister for innovation.